The next time Mitt Romney chooses to venture down to Washington DC, in search of politically active women of talent and accomplishment, no binders will be necessary.

There are now Congressional delegations full of women -- though of course, the vast majority are Democrats.

Yesterdays election will leave the new 113th Congress with 20 female senators, the most ever. 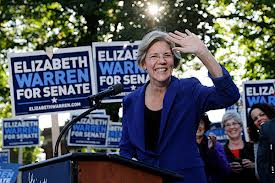 16 of the 20 will be Democrats, reflecting years of party strategy aimed specifically at deepening the bench of nationally viable female candidates.

It is not unreasonable to believe that the nation's first female president will come from this group.

That said, while 20 women in the US Senate is progress, the overall number remains abysmally low by international (and moral) standards.